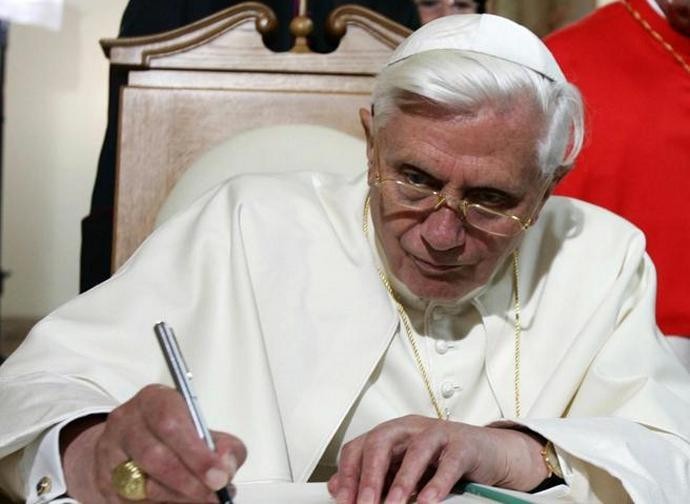 … For those who believe that there should be only one Pope, finding two ‘Holinesses’ just a few lines apart is disturbing

… “if a homosexual couple wants to lead a life together, the States have the possibility of supporting them civilly”

… the Church can retreat to the sacristy and celebrate its heterosexual marriages, and we will take care of redefining the common good

… “this is a matter that concerns natural moral law” and therefore the common good, and not simply an internal law of the Church

… In this matter everyone can claim the right to conscientious objection”

… if man, male and female, is not created by God in His image and likeness, then he is a ‘product’

… erases in society the reference to a nature that man does not give himself, but which is the fruit of God’s creative work

… Benedict has stated it again, clearly. Also to Francis

Congregation for the Doctrine of the Faith’s 2003