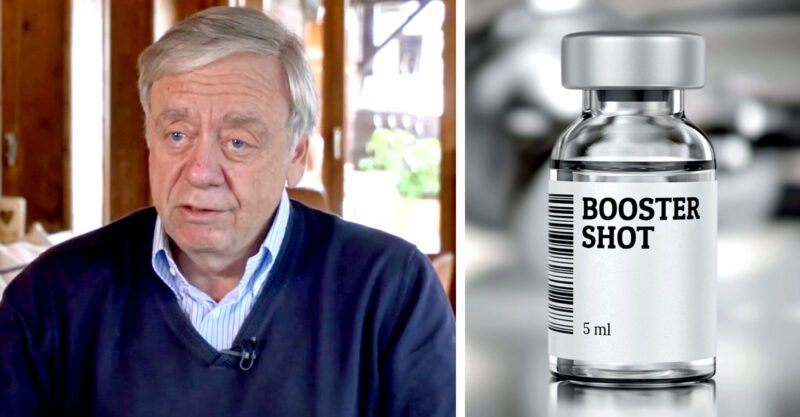 … of his angioimmunoblastic T-cell lymphoma (AITL), a type of lymphoma he’d been diagnosed with before he got the booster shot

… said he rushed to get the booster shot

… because once he started chemotherapy, his immune system would be compromised

… Within only a few days, his cancer had grown so fast that cancerous points were lighting up all over his scan

… The initial CT scan had been “a bit disturbing,”

… showed an asymmetrical cluster of cancerous nodes around Goldman’s left armpit, where Michel’s first two doses of vaccine had been delivered

… showed the cancer’s asymmetry had flipped and was clustered by his right armpit, where he received the third shot

… it could be a mere coincidence

… the case study “suggests that vaccination with the [Pfizer-BioNTech] BNT162b2 mRNA vaccine might induce rapid progression of AITL.”

… “If they were prone to forming tumors, or if they were already cancerous, then overstimulation could have made the problem even worse.”

Distancing and sanitization: the way to restore public Masses

COVID-19 pandemic over 2020 (with lockdowns) and 2021 (with vaccinations): similar effects for seasonality and environmental factors

November 2, 2021
« Previous post
“There would have been no war had WE not OVERTHROWN the democratically-ELECTED government”
Next post »
Le femministe ODIANO i DESIDERI dei maschi