Orban: NO policies that “threaten to IMPOVERISH Hungarian FAMILIES” 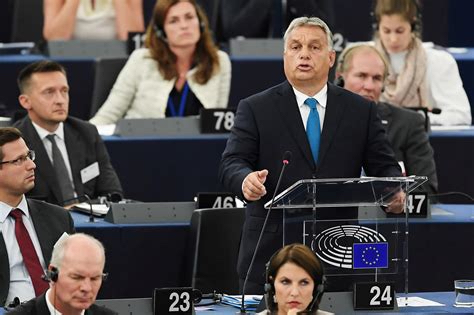 … vowing to continue rejecting proposals that “run counter to common sense and threaten to impoverish Hungarian and European families.”

… “We want peace. The armed conflict must end, and the disputes must be settled through negotiation

… 800,000 refugees have arrived in Hungary from Ukraine

… have been provided with food, accommodation, and medicine

… We are providing education for children and work for adults

… Tens of thousands of Hungarians have received refugees into their homes, collected donations, and volunteered

… we have sent and continue to send humanitarian aid, donations, food, fuel, and medicine to Ukraine

… with the “consensual principle that the sanctions imposed should not do us more harm than Russia.”

… other countries also received an exemption due to their reliance on Russian oil, namely Slovakia and the Czech Republic

… MEPs have not yet directed any similar letter to those governments

… one notable Orbán critic, Dutch Prime Minister Mark Rutte, acknowledged that Orbán was right to carve out an oil embargo exemption for his nation given its reliance on Russian energy

‘Morality pills’ may be the US’s best shot at ending the coronavirus pandemic, according to one ethicist

Asymptomatic transmission of COVID-19 didn’t occur at all, study of 10 million finds