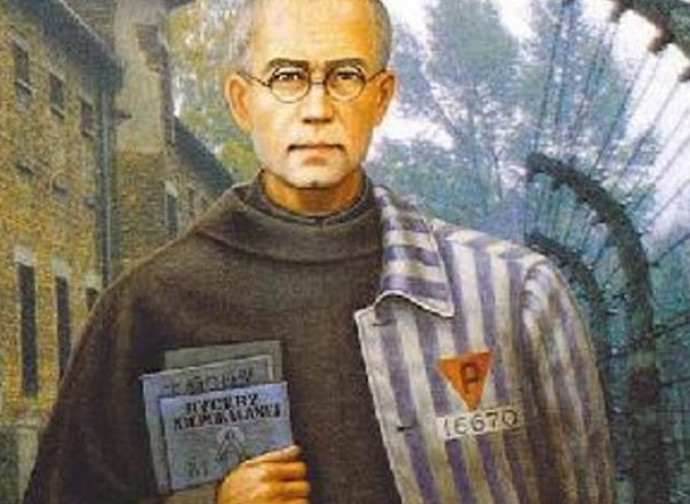 … The second of five children, he was born in Poland to two fervent Catholics, who baptized him on the day of his birth with the name Raymond

… By then he was living in Rome, where he graduated in philosophy and theology

… the scourge of modernism and hatred against the Church spread by Freemasonry, on 16 October 1917, together with six companions, he founded the Militia of the Immaculate

… already suffering from tuberculosis, he began a magazine, The Knight of the Immaculate

… the need for an apostolate through the media

… In 1927 he founded in his homeland a convent called Niepokalanów (“City of the Immaculate”), which had a printing press

… the same model to Nagasaki

… He founded a radio station

… During the two weeks of isolation without food Fr Kolbe never complained. He comforted the other prisoners

… “When I reopened the iron door, he was no longer alive; but he looked to me as if he were alive. Still leaning against the wall. His face was radiant in an unusual way. His eyes wide open and concentrated in one spot. His whole body as if in ecstasy. I will never forget it”