34% of white college students lied about their race 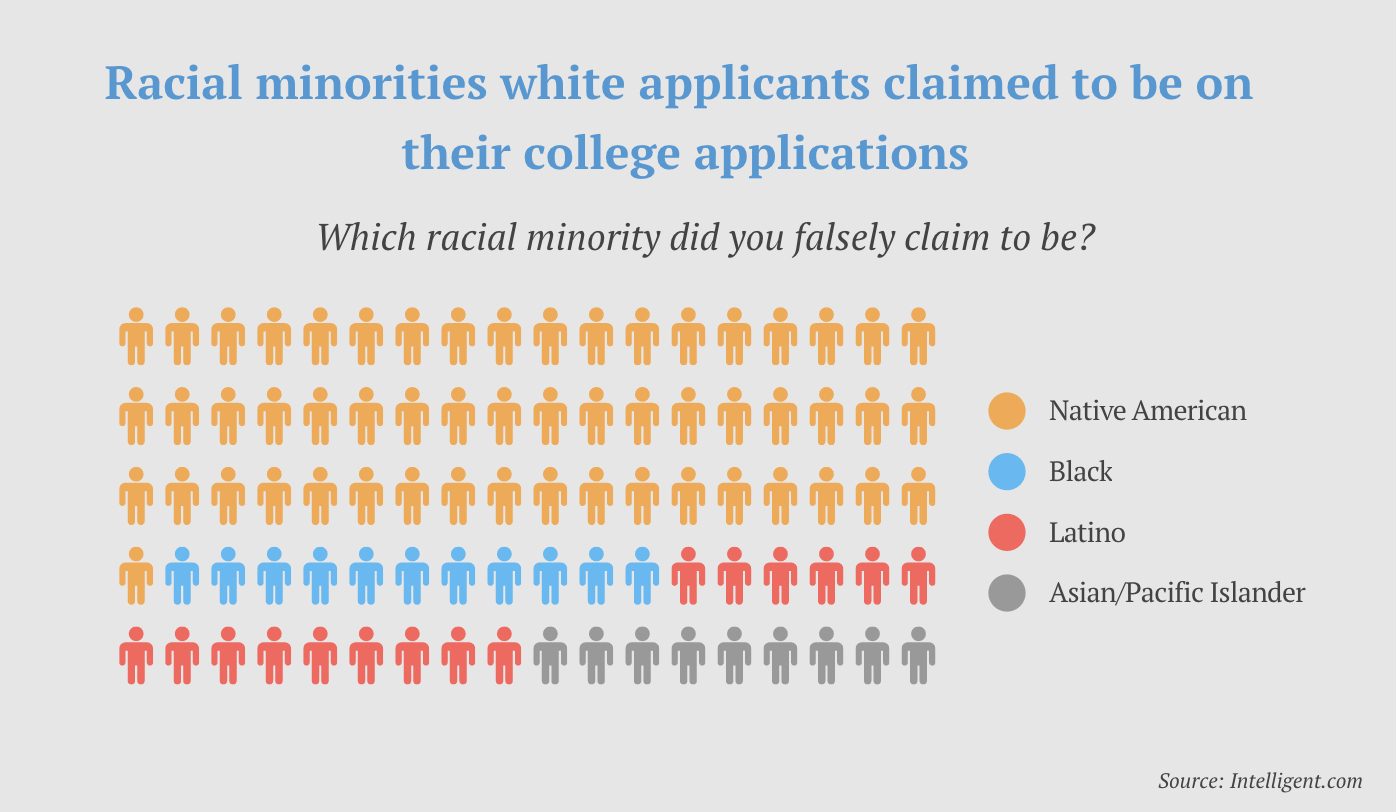 … 48% of people who lied claimed to be Native American

… 3/4 … were accepted by the colleges to which they lied

… improve their chances of getting accepted (81%)

… “banking on the fact that no college is going to ask them to provide a DNA sample to verify.”