Fratelli tutti, a vision in contrast with John Paul II 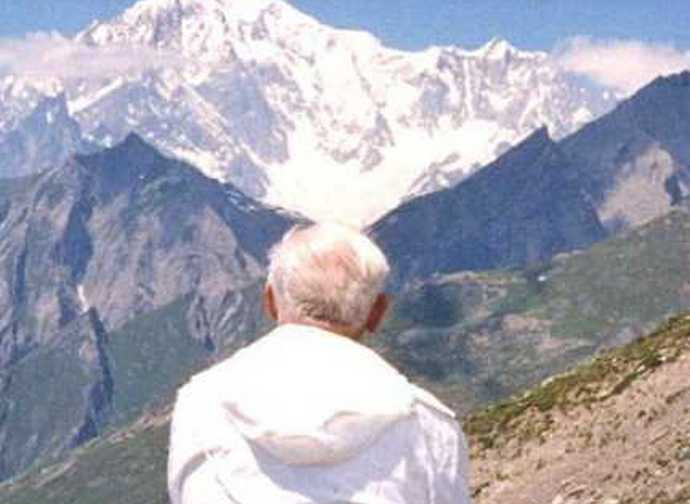 … is the basic thought underlying “Fratelli tutti ” the encyclical of Pope Francis rendered public on Sunday, the 4th of October

… the homily delivered at the beginning of St. John Paul’s pontificate (22 October 1978), which is also the programme and the synthesis of his pontificate
“Do not be afraid. Open wide the doors for Christ. To his saving power open the boundaries of States, economic and political systems, the vast fields of culture, civilisation and development. Do not be afraid. Christ knows “what is in man”. He alone knows”

… they project two radically different and even opposing visions

… universal fraternity: human reason alone suffices to conceive it and recognise the instruments needed to bring it about

… all religions without distinction must be of help in this, because each and every one of them is called to pursue this end

… For St. John Paul II, however, Christ alone is the comprehensive response to the questions of  both man and peoples at large. The entire world is under His power

… says St. John Paul II – if the boundaries of States open to the power of Christ, not immigrants

… interrupts this continuity, and it cannot be by chance that approximately two-thirds of this encyclical’s references are citations from Pope Francis’ previous speeches, messages, and encyclicals

Homily delivered at the beginning of St. John Paul’s pontificate

Pope and Cardinal Vicar blame one another