Putin: in Russia no gender and cancel culture 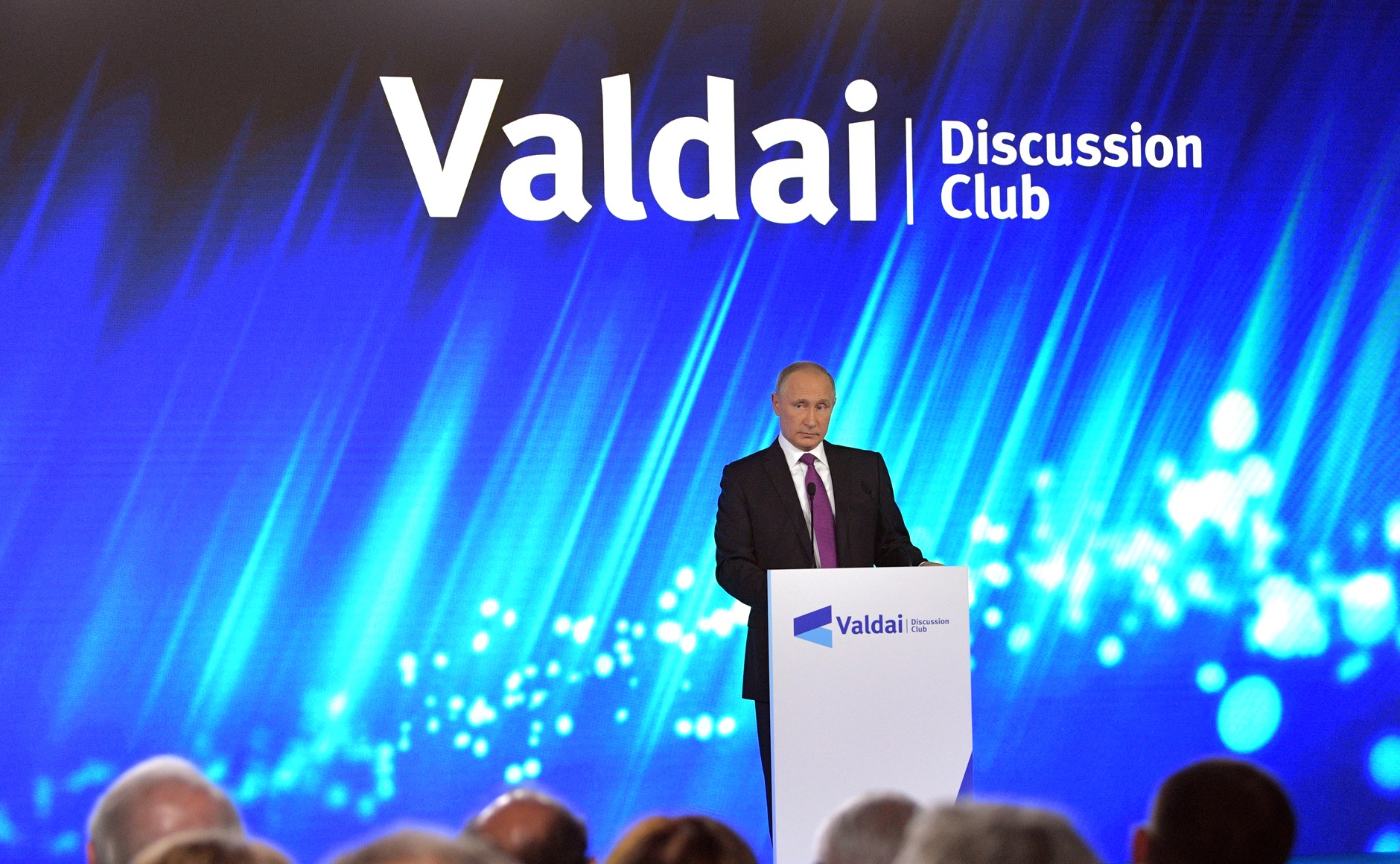 … the crisis we are facing is conceptual and even civilisation-related

… What are the general ethical limits in the world where the potential of science and machines are becoming almost boundless?

… the demand to give up the traditional notions of mother, father, family and even gender

… We believe that we must rely on our own spiritual values

… their prescriptions are not new at all

… the Bolsheviks, relying on the dogmas of Marx and Engels, also said that they would change existing ways and customs

… not just political and economic ones, but the very notion of human morality and the foundations of a healthy society

… destruction of age-old values, religion and relations between people, up to and including the total rejection of family … all this was proclaimed progress

… The obsessive emphasis on race is further dividing people

… Anyone who dares mention that men and women actually exist, which is
a biological fact, risk being ostracised

… this is nothing new; in the 1920s … Soviet Kulturtraegers also invented some newspeak believing they were creating a new consciousness and changing values

… it still makes one shudder at times

… his verges on a crime against humanity, and it is being done in the name and under the banner of progress

… we will be guided by a healthy conservatism

… is not about an ignorant traditionalism, a fear of change … much less about withdrawing into our own shell

… for us in Russia, these are not some speculative postulates, but lessons from our difficult and sometimes tragic history

… can destroy … the spiritual foundations of human existence

APPEAL FOR THE CHURCH AND THE WORLD

"Turks and Azeris want us dead; we Armenians are defending Christianity”