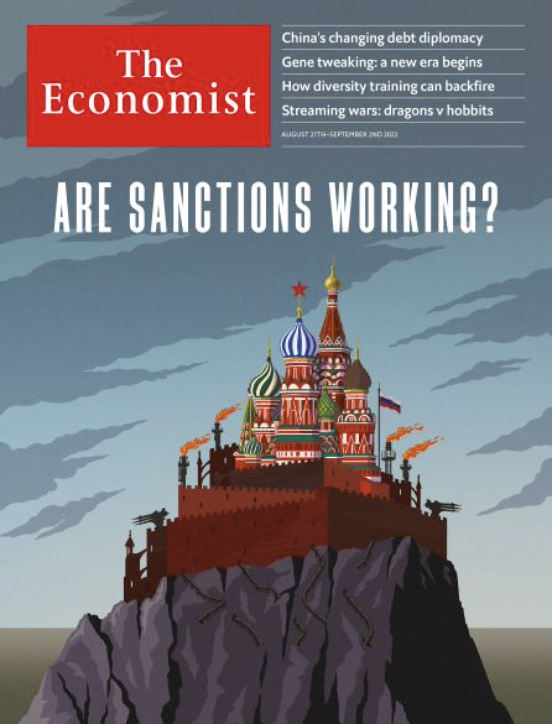 … Worryingly, so far the sanctions war is not going as well as expected

… Behind such ambitious goals lies a new doctrine of Western power

… The unipolar moment of the 1990s, when America’s supremacy was uncontested, is long gone

… one of the biggest exporters of energy, grain and other commodities

… the knockout blow has not materialised

… Energy sales will generate a current-account surplus of $265bn

… the world’s second-largest after China

… Meanwhile in Europe, an energy crisis may trigger a recession

… Urals oil is flowing to Asia

… Dubai is brimming with Russian cash

… most countries have no desire to enforce Western policy

… as with Russia, China’s economy would be unlikely to collapse

… Beijing could retaliate by, say, starving the West of electronics, batteries and pharmaceuticals

… The more that countries fear Western sanctions tomorrow, the less willing they will be to enforce embargoes on others today

… Nobody can counter aggression through dollars and semiconductors alone