Francis, the Self-Contradictory Pope. Theory and Practice of a Non-Infallible Pontificate 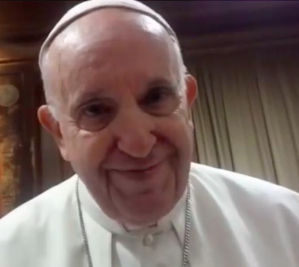 … Anyone who can understand this deserves a medal. Take a look:

… has been inserted root and branch into “Evangelii gaudium,” the agenda-setting document of Francis’s pontificate

… “‘Catholic’ thinking based on the distinction between ‘opposition’ and ‘contradiction’.”

… this fruitful balance of opposites ends in gross contradictions, in which one of the two poles clobbers the other

… The Society of Jesus ultimately sidelined him, exiling him to Córdoba with no role whatsoever

… “was not in favor of the election of the Jesuit Bergoglio,”

… The perhaps unsurpassed example of his self-contradictory speech – yes, no, I don’t know, do it yourselves

… formally gave “his approval to the publication” of the “Responsum.” Immediately after, however, he let slip his opposition

… his partner in fighting capitalism the… “Council for Inclusive Capitalism,”

… with pope Bergoglio, synodality is just like the Arabian phoenix as set to music by Mozart in “Così fan tutte”: “That it exists everybody affirms, where it may be nobody knows.”