DEATHS in Pfizer trial NOT fully investigated: WHY?

… “In the opinion of the investigator, there was no reasonable possibility that the cardiac arrest was related

… as the death occurred two months after receiving Dose 2 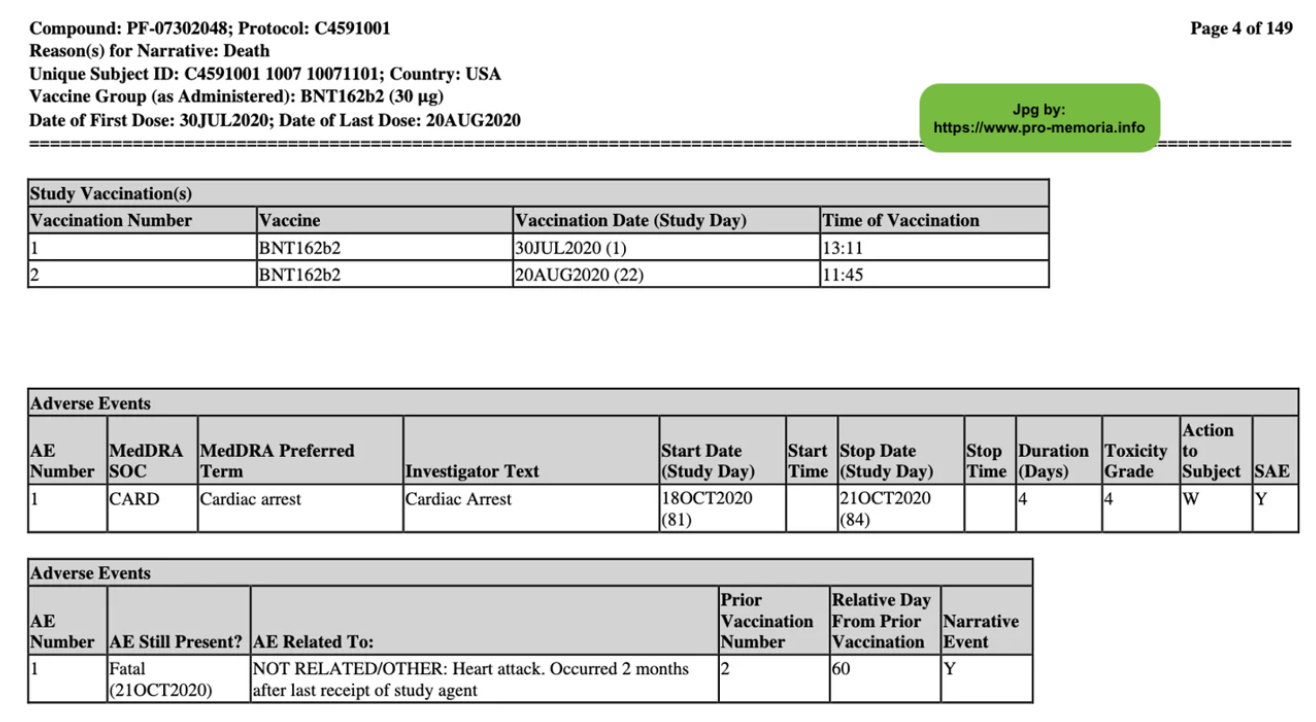 … died three days after his first dose of vaccine 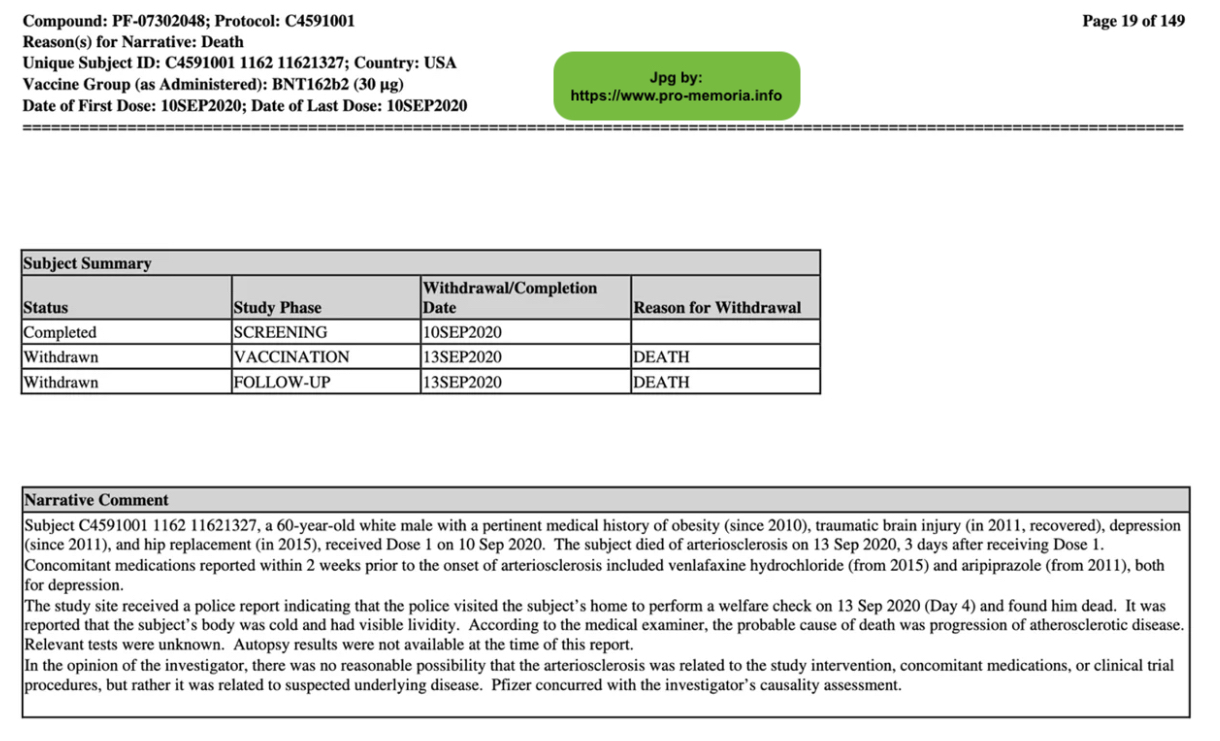 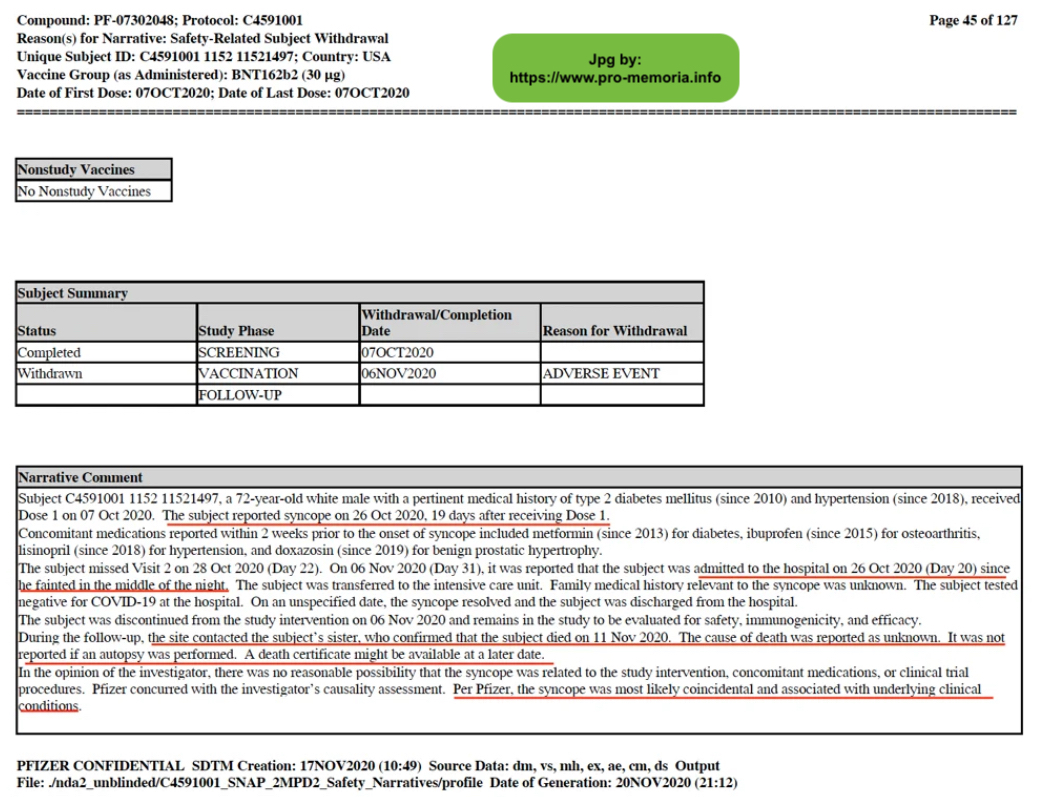 … The trial investigator: “there was reasonable possibility that the ventricular arrhythmia was related”

… she withdrew owing to the adverse event

… once again, “Pfizer did not concur” 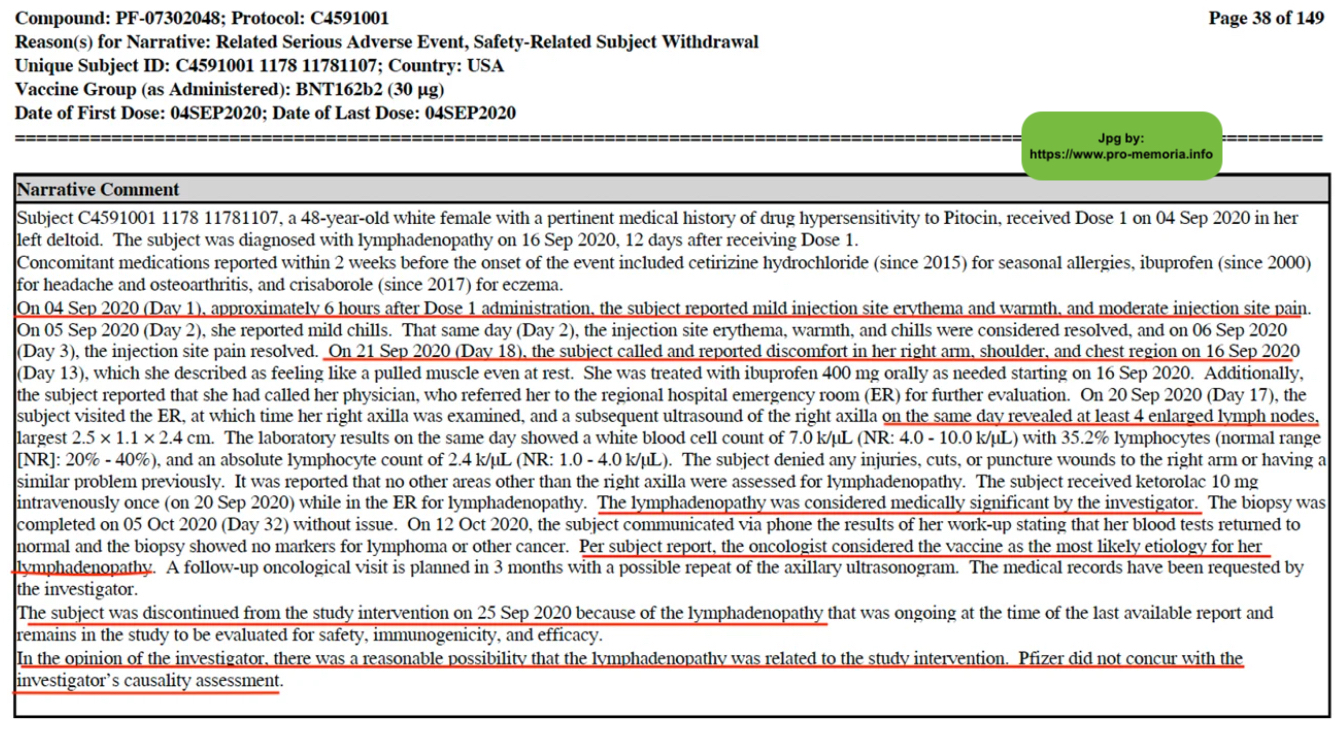 Uterus Transplantation and the redefinition of core bioethics precepts