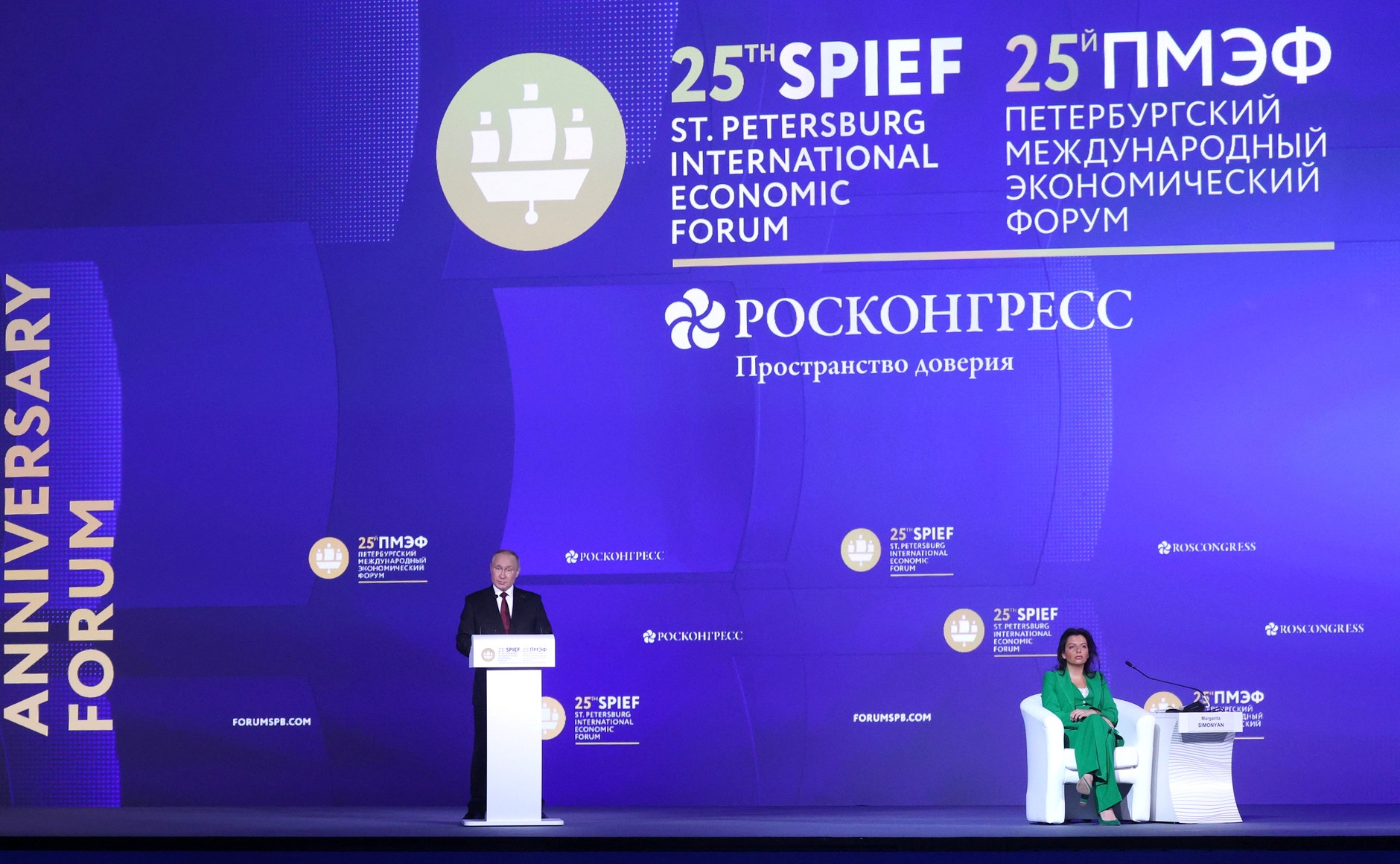 … imposed by one centre in a rough and no-compromise manner

… all business practices and international relations, when it is convenient, are interpreted solely in the interests of this power

… without any obligations and only interests which were declared sacred

… to believe that the dominance of the West in global politics and the economy is an unchanging, eternal value

… If some “rebel” state cannot be suppressed or pacified, they try to isolate that state, or “cancel” it

… they expected to suddenly and violently crush the Russian economy

… it did not happen

… Russians have shown solidarity and responsibility

… economic dynamic is being stabilised, and state finances are now sustainable

… the consolidated budget – a surplus of 3.3 trillion rubles

… we have adjusted social benefits and pensions to inflation

… increased the minimum and subsistence wages, thereby protecting the most vulnerable groups of the population

… difference from the EU countries, where rising inflation is directly reducing the real incomes of the people

… eating up their savings … above all, low-income groups

… many years of irresponsible macroeconomic policies

… including uncontrolled emission and accumulation of unsecured debt

… they printed more money, and then what? Where did all that money go?

… For a long time, the United States was a big food supplier in the world market

… printing money and … buying food products all over the world

… According to the IMF, global currency reserves are at $7.1 trillion and 2.5 trillion euros now

… They will be converted from weakening currencies into real resources like food, energy commodities and other raw materials

… Europe, their failed energy policy, blindly staking everything on renewables and spot supplies of natural gas

… We have absolutely nothing to do with this

… they also resulted in decreased fertiliser production … made from natural gas

… Prices will go even higher, which could lead to hunger in the poorest countries

… the Americans have adopted sanctions on our fertilisers, and the Europeans followed suit

… Later, the Americans lifted them … But the Europeans have not backed off

… Russia will never follow the road of self-isolation and autarky

… the overwhelming majority of people on Earth

… Only powerful and sovereign states can have their say in this emerging world order. Otherwise, they are doomed to become or remain colonies devoid of any rights

Pope Francis: A Crisis Reveals What Is in Our Hearts

Rates of COVID-19 among UNVACCINATED adults with PRIOR COVID-19